Steenberg aces Tim Atkin Report with six 91+ distinctions
Steenberg Vineyards has excelled as a top dog for cool climate Constantia wines with no less than six scores of 91 points or more in the 2016 Tim Atkin South African Wine Report.

Atkin, a British Master of Wine and accomplished wine commentator, tasted almost 1400 South African wines for his 2016 Report, now in its fourth year and the most comprehensive yet.

“Both at home and overseas, there is growing awareness of the winemaking and viticultural revolution that is unfolding in the Cape. Consumers worldwide are becoming increasingly passionate about South African wines,” says Atkins who was extremely impressed with the quality of the 2015 vintage in particular.

Atkin’s score of 94 points for the Steenberg Magna Carta 2015 underpins the standing of this phenomenal blend of Sauvignon Blanc (60%) and Semillon (40%), as a South African benchmark wine. The wine is an absolute reflection of the Steenberg terroir showing immense fruit purity and clean minerality.

“2015 was a remarkable white wine vintage at Steenberg and our Magna Carta is testament to that. Small changes in the cellar have resulted in a wine with elegance, class and finesse that I am confident will mark our greatest declaration of quality at Steenberg,” says cellarmaster JD Pretorius. 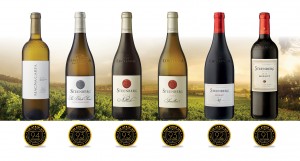