StreetSmart SA is a conduit fundraising organisation that partners with restaurants who ask diners for a voluntary donation of R5 per table in aid of organisations working with street children.

StreetSmart raises funds for locally based beneficiary organisations which run programmes to prevent children in need from living on the streets, as well as the re-integration of street children back into school and family life. The current StreetSmart Stellenbosch beneficiary is Home from Home, an organisations that supports and supervises community-based foster care for orphaned, abandoned and vulnerable children in the area. The organisation believes that the best place for children unable to live with their birth families is in a small, community-based family unit. It helps establish and support homes of no more than six children that are run by a dedicated, well-supported care giver. StreetSmart funds are used towards the payment of a social worker salary, foster mother training and support, and therapeutic intervention for the children.

“We thank every one of our restaurant partners; they go out of their way to support us to raise funds for our beneficiaries. Every cent of the donations received in StreetSmart restaurants goes to organisations that support vulnerable children through education, skills training and family reunification, in order to give them a chance to live a normal life and to be re-integrated into their communities. So dine out and donate in a StreetSmart restaurant. Giving money to a child on the street, simply keeps them on the street,” says Melanie Burke, StreetSmart Chairman.

“When you are planning a night out, think about taking a simple action and book at one of our StreetSmart participating restaurants. While you are there, encourage your fellow diners to dig deep and leave a donation on the bill,” adds Burke.

“As restaurateurs, the StreetSmart SA initiative gives us the opportunity to contribute to the community, by being the conduit between our clients and the organisation itself. Through this initiative we are able to educate our staff, colleagues and clients alike to the ongoing challenges that street children face in their day to day lives and the opportunity we have to make a small difference,” says Allan Ware, General Manager of The Restaurant at Neethlingshof.

StreetSmart SA was set up in 2005 by a group of concerned Capetonians under the patronage of Archbishop Emeritus Desmond Tutu and comprises resourceful board members representing business and the hospitality and tourism industries. Similar StreetSmart organisations also run independently in the UK, Australia, New Zealand, Canada, USA (San Francisco) and The Netherlands.

StreetSmart SA is registered as a Public Benefit Organisation as well as a Non-Profit Organisation and ensures that every cent donated by diners goes towards social and educational upliftment projects for street children. StreetSmart’s goal is to be part of the process of social normalisation and to encourage the public not to give money into the hands of a child as this keeps them on the streets. In essence, eating and donating at a StreetSmart restaurant is the responsible way to help a street child. 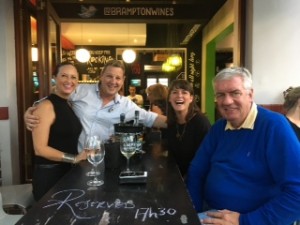 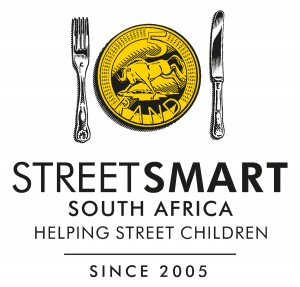