Bring back a lifetime of good memories with new Bashew’s Cola
Bashew’s, the Cape’s iconic soft drink dating back to 1899, has launched new Harry’s Cola Tribute Edition in honour of one of its founding fathers, celebrating over 115 years of refreshment.

A salute to Harry Bashew, who started the original Bashew Bros. Company with his brother, Marx, new Bashew’s Harry’s Cola pays tribute to the cultural heritage and legacy of flavour and fun associated with this much loved Western Cape soft drink brand. A source of decades of joy and laughter for people from all walks of life, Bashew’s inspires a lifetime of good memories.

It all started in the spring of 1899 when the South African War broke out and thousands of British soldiers were based on Green Point Common in Cape Town on their way to the north. The two Bashew brothers saw an opportunity to cater for the needs of the soldiers, most of whom had never been exposed to such a hot climate or the notorious South-Easter. By supplying them with their fruity soft drinks, the brothers soon built up a good reputation with their horse and cart for bringing much needed refreshment to the military mess.

For most Capetonians Bashew’s represents fun filled childhood parties, picnics, weddings and special times with friends and family. You will find Bashew’s in photographs of memorable occasions in many precious family albums. Bashew’s has become so iconic, that the nostalgic bottles – with their logos printed onto them – and crates from decades ago now adorn trendy fashion stores, restaurants and delicatessens. They have even found their way into television shows, music videos and theatre productions.

For decades, Bashew’s delivered their famous returnable bottles door-to-door in neighbourhoods throughout Cape Town and in country towns such as Paarl, Worcester, Swellendam, Grabouw, Ceres, Moorreesburg, Riebeek West, Robertson and Riversdal, providing families with an affordable supply of quality soft drinks that everyone enjoys.

Bakkies piled high with wooden crates filled with colourful Bashew’s soft drinks, collecting empty bottles and replacing them with full ones, has been part of the fabric of community life in neighbourhoods across greater Cape Town for many generations.

Starting from humble beginnings, the first Bashew Bros. manufacturing plant was a tiny 37m2 room in central Cape Town. In order to keep up with the demand, their small hand operated filling machine and galvanised iron bathtub to wash the bottles, had to work non-stop for 24 hours a day.

After the war, in 1902 the Bashew brothers capitalised on their good reputation and shifted their focus to supply the civilian community with their soft drinks. A larger wagon pulled by two horses as well as a new filling machine helped to keep up with the demand. In 1903 the company moved to larger premises in Aspeling Street in District 6 and soon shops were supplied with Bashew’s soft drinks across Cape Town.

In 1913 the Bashew brothers opened a new fully-fledged factory in Searle Street in Cape Town. As the demand for their colourful soft drinks grew, the brothers purchased their first vehicle in 1918 for deliveries to the city’s northern suburbs.

The successful 48 year partnership from 1899 to 1947 came to an end when Harry passed away in 1947 followed two years later by Marx in 1949. They were mourned by many and fondly remembered not only as businessmen but public benefactors as well.

After their death, Bashew Bros. remained a family business headed by Charles Bashew, the son of Harry, and Felix Heymann, the son-in-law of Marx Bashew. In 1951 the company took occupation of a new factory worth R200 000 on a three acre site in Gunner’s Circle, Epping.

During 1955 the company established franchise agreements with three world famous international soft drinks companies providing Bashew Bros. access to the latest recipes and techniques developed in America and Europe. The first franchise was granted by the Seven-Up Export Corporation of New York to manufacture the popular 7-Up drink for the South African market. The other franchise agreement was with John G. Webb of London who was licenced to manufacture Cydrax, a non-alcoholic beverage by Whiteways Cider Company in Devon, England. These prestigious international franchise agreements enhanced the stature of Bashew Bros. markedly as a manufacturer of high quality beverages.

The Bashew family relinquished ownership of the company in 1969 when they sold it to Cape Town businessman Ismail Mammon. Mr Mammon moved the Bashew’s factory from Epping to Belville. His son, Moosa took over the business after his father’s death in 1991, and sold it to Zahir Williams and Mehboob Adams in 2009.

In 2010, Chill Beverages International (Pty) Ltd, a Stellenbosch based company, partnered with Mr Williams and Mr Adams to increase the bottling capacity and product offerings bearing the Bashew’s name. In 2016 Chill Beverages acquired sole ownership of Bashew’s, ensuring that the cultural heritage and authenticity of these colourful soft drinks live on in the Western Cape.

Ever since 1899, Bashew’s has aimed to make high quality soft drinks as affordable as possible for everyone to enjoy. In keeping with the original family recipe, Bashew’s winning formula has been tried and tested to give families what they want – the authentic taste of eight fun filled flavours at a pocket friendly price.

Bring back a lifetime of good memories with new Bashew’s Harry’s Cola Tribute Edition available exclusively in the Western Cape at around R4.99 per 330 ml can. 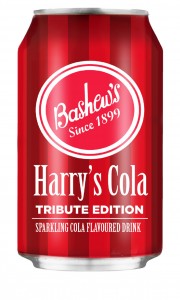 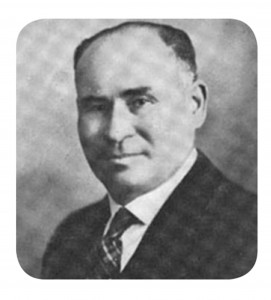