Top scorer again this year with 94/100, is the Sauvignon Blanc driven signature blend, Magna Carta 2017. Atkin’s consistent 94 point score for the past three vintages underpins the standing of this phenomenal blend of Sauvignon Blanc (60%) and Semillon (40%) as a South African benchmark wine. Showing absolute fruit purity and clean minerality, this wine is a quintessential expression of the Steenberg terroir in the Constantia wine valley.

For the second year running, all three Steenberg Sauvignon Blancs have made the Atkin cut. Taking pole position on 93 points is the richly layered Rattlesnake 2017, followed by the single vineyard Black Swan 2017 on 92 and the soon to be released estate Sauvignon Blanc 2018 on 90.

“Almost 30 years of constant investment into the soil and vine health, combined with new clones and new plantings on a site well suited to this grape variety has put Steenberg in a favourable position to create truly unique terroir specific Sauvignon Blancs. It is great to receive this type of feedback, acknowledging that we are on the right track but the journey is by no means complete,” says cellar master JD Pretorius.

Their distinctive terroir on the foothills of Steenberg Mountain can be attributed to the synergy between the cool prevailing south easterly winds that blow off the ocean during summer months and lean soils of decomposed granite that impart the characteristic minerality to the wines.
Steenberg’s flagship grande cuvée, Lady R MCC 2013, and the 2017 Semillon also hit the high notes in the 2018 Atkin report, scoring 93 points for their respective second consecutive vintages. Leading the pack for the red wines are Steenberg’s flagship red, Catharina 2016, and Nebbiolo 2016, both with 92/100, followed by the 2016 Syrah on 90 points.

Atkin, a British Master of Wine and accomplished wine commentator with extensive experience when it comes to the South African vineyard, tasted almost 1 980 local wines for his 2018 South African Special Report, now in its seventh year and his largest yet. 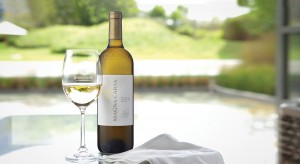 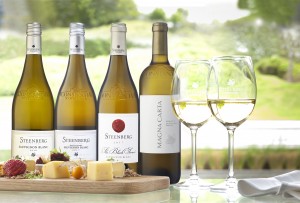